In this post, I will use the State Pattern to alter the behaviors of a hero when it is under attack or being silenced. State pattern allow us to encapsulate states into separate classes and delegate behaviors to the object representing the current state.

Allows an object to alter its behaviors when its internal state changes. The object will appear to change in class. It encapsulates states into separate classes and delegates behaviors to the object representing the current state.

These two concepts are closely related and sometimes used interchangeably. However, they are different in their focus. 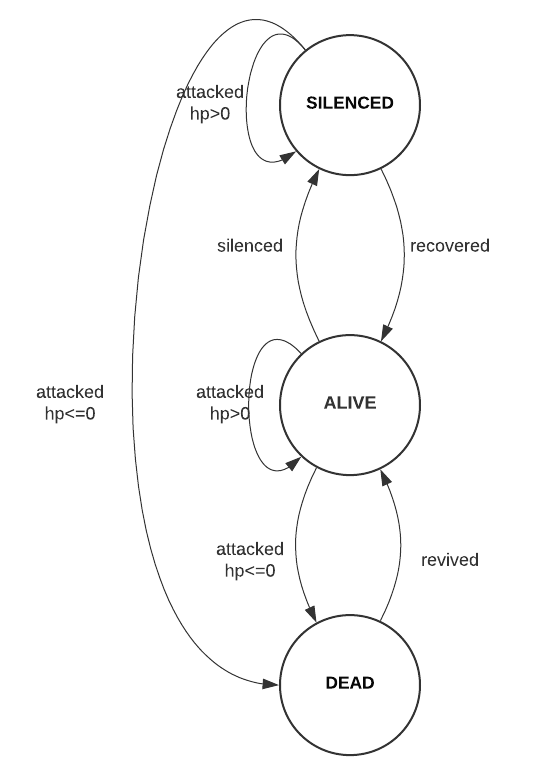 In this example, a Hero can be in one of the 3 states: ALIVE, DEAD, SILENCED defined in HeroContext

When a Hero is ALIVE with hp>0, it can attack, and can be attacked and silenced.

When a Hero is DEAD with hp=0, it can be revived.

When a Hero is SILENCED, it can be attacked and recovered.

If we have a new State or a new behavior, we will have to modify code in HeroContext.

Here we are applying the State Pattern with HeroContext and State 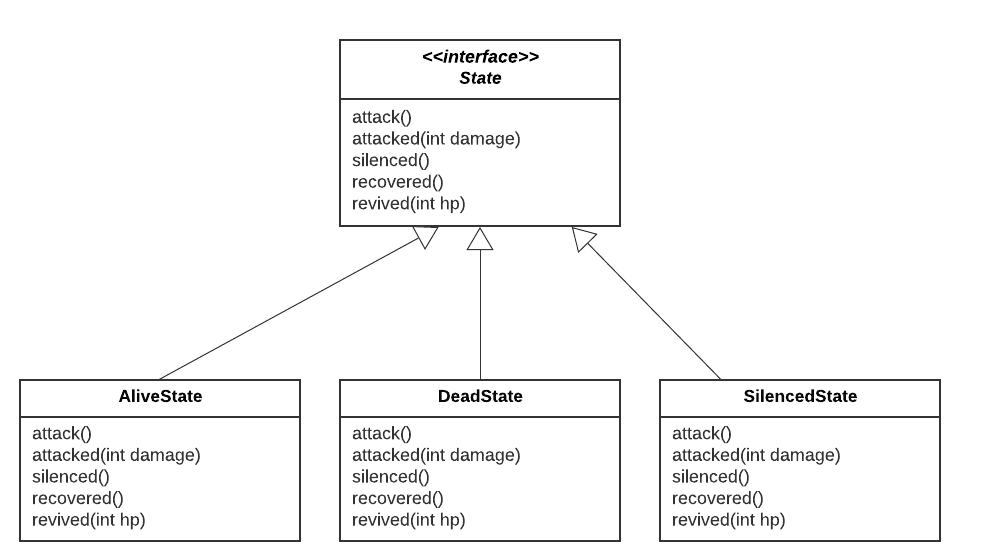 We can think of the State Pattern as an alternative to having a lot of if-else conditions in the context.

Using the State Pattern, we encapsulate what varies (behaviors) in State classes and usually have to create more classes in the design. The client HeroContext knows very little about the state object. The current state of the context changes across a set of state objects to reflect its internal state, and the behaviors of the context changes as well. When we call context.handle(), depending on the current state of the context, the behaviors vary.

Example output is the same as before.

Here we have two new behaviors disappear, appear (in red) associated with a new state InvisibleState.

The state transition graph is shown below: 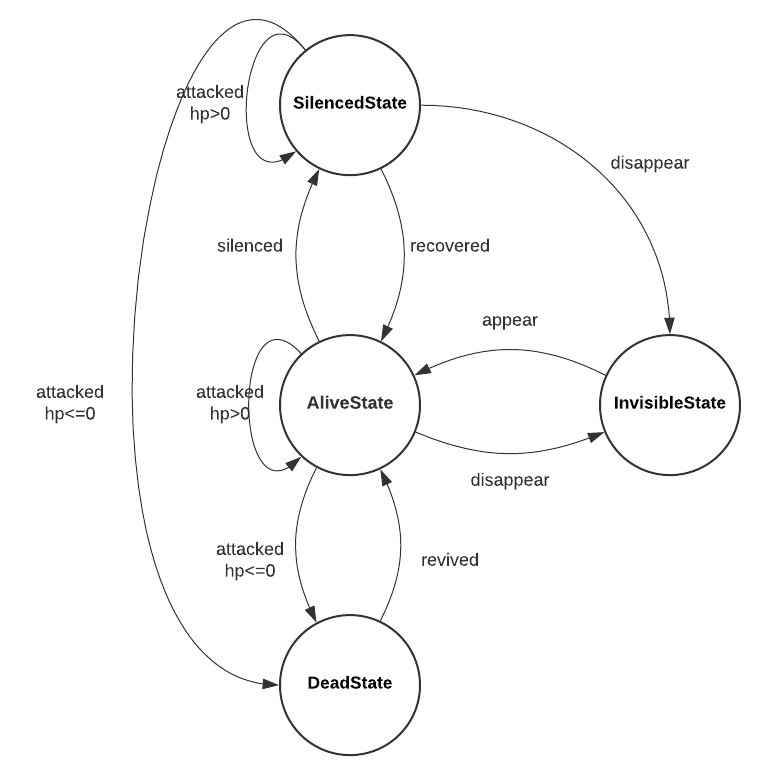